As you know, I spent this Christmas in New York. I spent it with family upstate, which really was the best thing for me being away from home. I know everyone says they’d love to spend Christmas in New York, but it’s not home. After spending last year in Oz and this year in NY, I know for sure there is no place like home at Christmas!

New York was a pretty good second best though and the past few weeks here in New York have been filled with some serious Christmas hype. The city has been looking amazing and in an effort to get in the festive spirit I tried to do as many Christmassy things as possible. I squeezed in quite a bit for a girl who works A LOT, so based on my experience, here’s my list of the top things to do in New York at Christmas.

I’ve lost count how many time I’ve seen the tree and it never gets old, simply because it’s AH-MAZING!!! It’s absolutely massive and is a must if you are going to be in New York around Christmas. I’ve seen it by day and by night, and while the crowds are absolutely crazy at night (they’re crazy all the time but especially at night), I think night time is definitely the best time to see it. The lights and the way it sparkles at night are just incredible. Be sure to check out all of Rockefeller Plaza going right over to 6th Avenue. There are some fab oversized decorations that really are a must see.

Christmas windows anywhere in the world are guaranteed to be the best of the year, but no where, and I mean NO WHERE, does Christmas windows like New York. They are out of this world!!! Christmas windows in NY are big money and bring serious business. People line up and queue just to see them. The attention to detail that goes into each and every window really is beyond belief. They also put on a huge production when the windows are unveiled. I managed to make it to the Lord & Taylor and Bergdorf Goodman window unveilings and they are an event in itself. If you are in New York around the end of November or start of December see if you can catch any of the unveilings. The windows you need to see are Bergdorg Goodman, Saks Fifth Avenue, Barneys, Macy’s, and Lord & Taylor.

*To see exactly what I mean check out my post from the Bergdorf Goodman Christmas Windows Reveal.

Ice-skating in New York at Christmas is pretty much the picture perfect postcard image for spending this time of year in the Big Apple. Personally, I skated at Bryant Park and I was absolutely petrified I was gonna fall and get my fingers chopped off. It was amazing though and I would highly recommend it to anyone. I’ve also been to the rink at the Rockefeller Plaza and Wollman Rink in Central Park. Honestly, I don’t think the Rockefeller Plaza is worth it. The rink is tiny and unless you are there super early in the morning, you will be queuing for a while. I’ve heard it’s pretty expensive too. The Wollman Rink in Central Park is the biggest of these three and it also has gorgeous views.

The Rockettes and The Radio City Christmas Spectacular

They really do not exaggerate with the name of the Radio City Christmas Spectacular! It is absolutely SPECTACULAR. As this was my first time in New York in December, going to Radio City to see the Christmas Show was top of my list and it was unbelievable. My friend Meghan and I were both like big kids throughout the show and we almost danced out of the hall at the end (I’m not gonna lie, I wanted to be a Rockette until I remembered that I really can’t dance). If you’re planning a trip to New York in the run up to Christmas (or even after Christmas) and want to take in a show, you HAVE to see this. They have live animals, ice-skating and a bus on stage!!

The decorations on the stores along Fifth Avenue are really something else. You’ll find the best between 49th Street and 60th Street. This is where Saks Fifth Avenue, Tiffany’s, Harry Winston, The Plaza, and Bergdorf Goodman are all located. If you follow me in Instagram and Snapchat (@lcscloset) you will probably have seen a lot of these over the past few weeks but they are just so pretty. Don’t forget to check out Lord & Taylor, which is located a little further down between 38th and 39th.

If you have seen my Instagram over the past few days and my last outfit post you will know how incredible this tree is. The Palace is a place that will be well known to Gossip Girl fans, but even if you have never watched an episode of GG be sure to check it out because it is just so gorgeous. The hotel is located on Madison Avenue between 50th and 51st right behind St. Patrick’s Cathedral and just one block away from the Rockefeller Plaza and Saks Fifth Avenue. So you can easily kill a few birds with one stone and see them all in one trip.

Last week I went to see The Nutcracker Ballet at Pace University and it was amazing. I really wasn’t sure what to expect but I loved it and was so impressed with the quality of the production. There are so many different productions of The Nutcracker on all over the city at Christmas, so there is bound to be something to suit every price range.

I know I have mentioned Bryant Park twice before but it really has everything. The ice rink, the market, bars with some warm apple cider for the chilly nights, a gorgeous tree and amazing city views. I even saw a proposal on the ice one evening after work. I love Bryant Park at anytime of the year so be sure to check it out if you are in town.

This is probably one you won’t see on many to-do lists, but it is my personal fav. The West Village is my favourite part of Manhattan. It’s quiet, it’s full of beautiful little tree lined streets and it also happens to be the home of many of the rich and famous. At Christmas it’s even more beautiful (just look at these pics) so be sure to take off on foot and explore this gorgeous area.

To be completely honest, the best thing to do in New York at Christmas (and all year round) is to just get out there and walk, walk, walk. If you follow me on Instagram or Snapchat (lcscloset) you will probably know what I mean. It’s THE best way to see the city and I am always discovering the most amazing things. There are a few other places I really wanted to visit this Christmas but I just couldn’t squeeze them in. Visiting Dyker Heights in Brooklyn (a legendary street where every house is so over the top with decorations but they still look amazing), walking around the Upper East Side during the day, visiting the West Village in daylight and (update: I made it to Rolf’s in January) were all things I didn’t get around to doing. I might still squeeze some of these in (it’s not really the same after the big day though), but if I don’t it does mean I have some things still on the list for the next time I’m here at Christmas. 🙂

I hope you guys liked my little round up and are having a wonderful Christmas,

2014: A Look Back at my Year
Governors Ball 2016
Christmas Shopping in New York

4th of July in Cape Cod 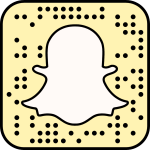